I made my first modification around the house in an attempt to save some energy about a week ago, but figured I would wait for some data before I posted about it.  The dehumidifier was one of the first items that were detected in the house and also looked to be one of the energy hogs.  The difference seems clear and almost too good to be true.

I let the dehumidifier run as it was for almost two days but in retrospect I should have left it longer to get a better set of data before making the modification.  In fact I didn't even let it get data for one complete day before I had to mess with it.

The first day it was detected around 3am so is missing 3 hours of cost data, and the second day I changed the humidity setting around 6pm after work so it is running on the new setting for about 6 hours of that day. 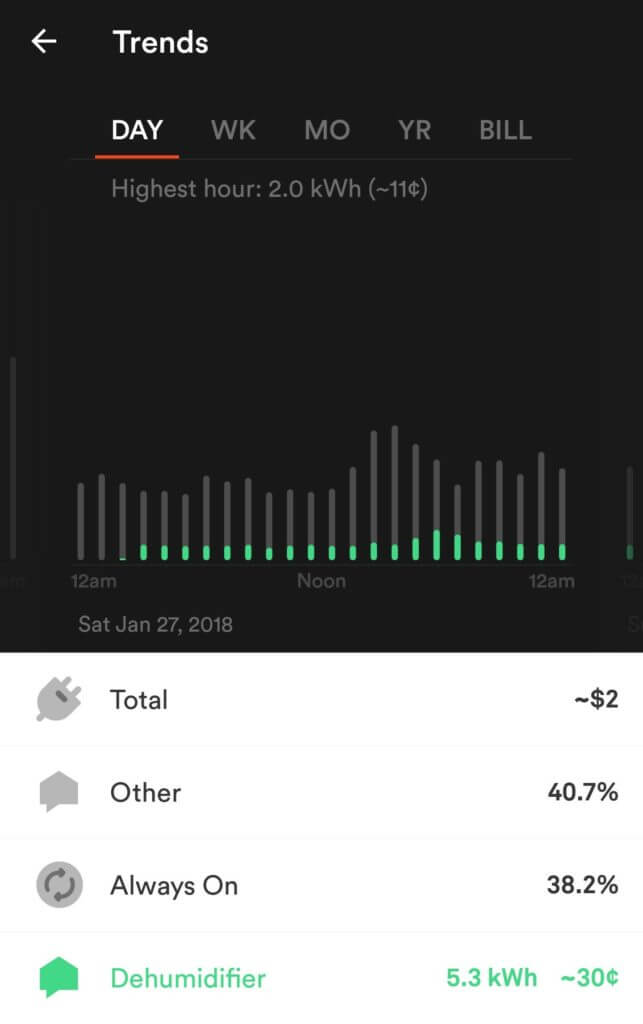 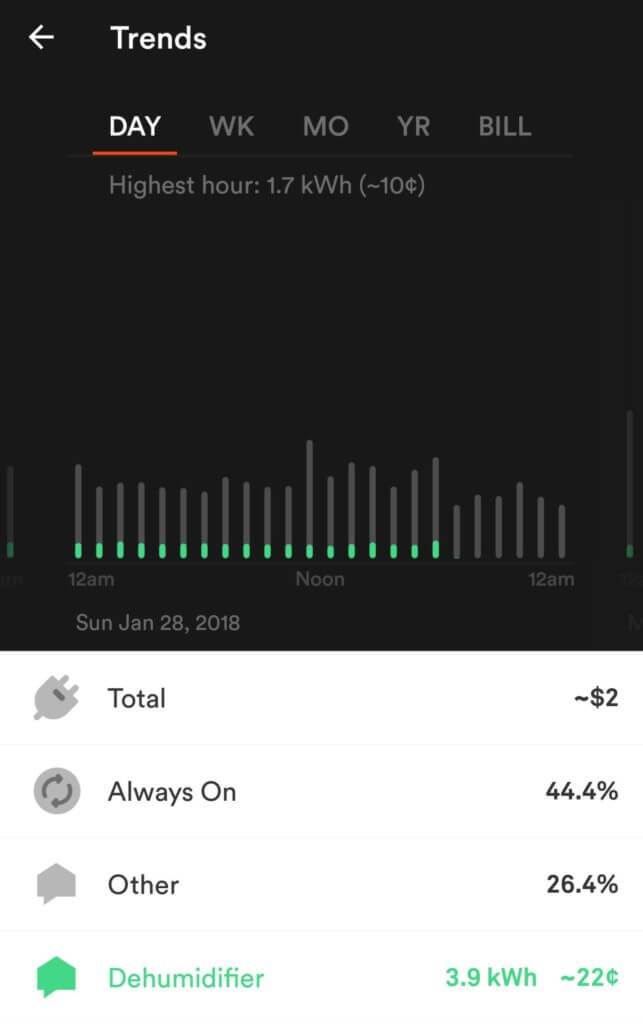 I estimate the cost per full day would be around $0.30 to $0.35 by adding in the missing hours.  The modification I made was changing the humidifier from "Turbo" to "Normal".  The humidifier usage has cut drastically down to about $0.02 per day.

The drastic change almost makes me worry the dehumidifier isn't being detected by Sense anymore, but I'm pretty sure it is accurate.  Neither my wife or I have caught the dehumidifier running since the change and Sense has showed it still has run some.

I replaced my humidifier a year or so back because the other had died, and at the time the basement felt humid.  I remember setting it on turbo because I wanted to get it dried out well, but I never went back and revisited it.  Right now the humidity says 39%, which is pretty low, but its also dead of winter here.   Obviously it didn't need to be running at the level it was.

At least for now, I'm calling this one a $0.30 per day savings and I will make a guess that it will be this type of savings for a quarter to half of the year.  I'll keep a running total of estimated savings at the bottom of the post where I can update figures if I notice usage staying down for less or more than I anticipated.

We are a participant in the Amazon Services LLC Associates Program, an affiliate advertising program designed to provide a means for us to earn fees by linking to Amazon.com and affiliated sites.